Defending A DUI In Superior Court 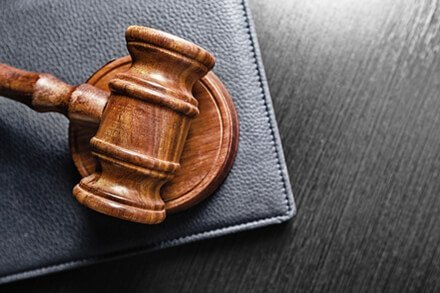 At the time you were either cited or arrested, you were given a mandatory date to appear in court to answer to the charges filed against you. DUI charges are likely to include VC23152(a) (Driving Under the Influence of Drugs and/or Alcohol) and VC23152(b) (Driving with a Blood Alcohol Level of .08% or greater). It is important to remember that additional charges can be filed in court at anytime the case is pending. The amount of time between your date of arrest and the date of your required court appearance can vary. The common amount of days for an "out of custody" arraignment ranges from 2 weeks to 3 months.

If you intend on representing your self or being appointed a Public Defender, your appearance will be absolutely be required as you will likely be required to address the Judge directly. However, with regard to defendants who retain the services of The Law Offices of David Welch, we almost never require our clients to be present in court. The reason this is possible can be found under Penal Code Section 977 which allows the appearance of a state licensed attorney on the defendant's behalf to be equal to the defendant having personally appeared. A question that commonly arises among our clients is "Would it be better for my case if I were there". The Answer is "NO". The forum for a Misdemeanor DUI Arraignment is simply to answer to the charges and nothing more.

While appearing at your arraignment, you attorney is likely to take only of three actions depending on your court. One likely action will be to enter a plea of "Not Guilty" and set a future date called a "Pre-Trial" or "Readiness Hearing". The second possible option is the attorney will conference with the Judge and or the Prosecutor and obtain an offer to settle if the matter were to be resolved prior to setting the matter for pre-trial. In these cases, the arraignment date would be resent to allow your attorney to properly analyze your case and to consult with the client regarding her or her options and legal position. The third and final option is for your attorney to enter a "Guilty" plea on your behalf. With very few exceptions, an attorney seeking the best possible outcome for your will not take this course of actions.

Another less common occurrence at a Misdemeanor DUI arraignment if bail. The likelihood is you will not require this unless you are still in custody at the time of your arraignment. If you are, having your attorney present to argue on your behalf can result in an order for your release on your Own Recognizance or a significantly reduced bail. An important factor to consider is, can your attorney save you enough money by reducing or eliminating bail to pay most or all of his fees. In many cases, the answer is yes.

After the Arraignment and the entry of a not-guilty plea, the court will proceed toward trial with a pre-trial or readiness hearing. A common misdemeanor case will have between one and four pretrial hearings prior proceeding into trial. The period of time, which elapses during the "pre-trial phase", is also commonly known as the "Discovery Phase". During the discovery phase, evidence and information is passed between your attorney and the prosecutor in preparation for trial. When all sides have received the discovery (Police Reports, Lab Reports, Etc.) that they deem to be necessary to defend their case in trial and no acceptable offer has been given to the defendant, A Trial date will be set and witnesses and other evidence will be subpoenaed.

A typical DUI trial will last between three and four days depending on the number of witnesses to testify and exhibits to enter into evidence. This is the first proceeding to this point that the defendant will be required to be present the entire time. You may or may not wish to testify on your own behalf at trial. Trial strategies are best to be discussed after review of all the evidence and consideration of witness testimony.

To find out more about the misdemeanor court process, you may contact the David Welch or is staff. By doing this, it can be assured that your will received an accurate and honest analysis of your case.