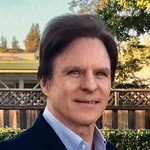 First and foremost, Attorney David Welch is an experienced litigator. With over two decades of experience handling hundreds of cases, he prides himself on his zealous representation of his clients. While most cases do not proceed to trial, his record of success enables him fearlessly advocate through negotiations or, if necessary, jury trial.

Attorney Welch received his Bachelor's degree from San Diego State University and his Juris Doctor from the Thomas Jefferson School of Law in San Diego, California.

Since 1995, he has developed an extensive background in criminal and civil litigation. He has handled hundreds of misdemeanor and felony cases ranging from DUI and juvenile matters to domestic violence, white collar crimes, and violent crimes. His clients have included professionals such as nurses, doctors, teachers and military personnel in all branches of the US Military.

David A. Welch is licensed to practice law in the State of California as well as the United States Southern and Central District Courts. He has established a strong presence throughout Southern California Courts.

100% of Practice Devoted to Litigation